The Quaker relationship with the visual arts is complicated. The received version has been that Quaker fixations on practicality, plainness, and simplicity and suspicion of anything that might be regarded as frivolous or “light” long discouraged Friends from being artists or patrons of the visual arts. One observer summarized this view very nicely in 1883: “In theology, Quakerism has accomplished nothing, in art it has not only done nothing, but been a positive hindrance, in literature it has few conspicuous names, but in social amelioration and practical philanthropy, who have been more active, more unselfish, more successful than the Friends?” ("The Society of Friends and Missionary Work, Friends' Intelligencer, 10th Mo. 27, 1883, p. 584)

Our findings, however, suggest that this is oversimplified. Historians of Quakerism and American art have long been aware of artists with Quaker ties like Benjamin West. Bucks County, Pennsylvania painter (and recorded minister) Edward Hicks, who lived from 1780 to 1849, is perhaps America’s quintessential folk artist. My own research suggests that while Friends were skeptical of careers as artists, only a few were actively hostile to the visual arts in themselves. Quaker opposition never was as strong or consistent as it was to music or the theater. 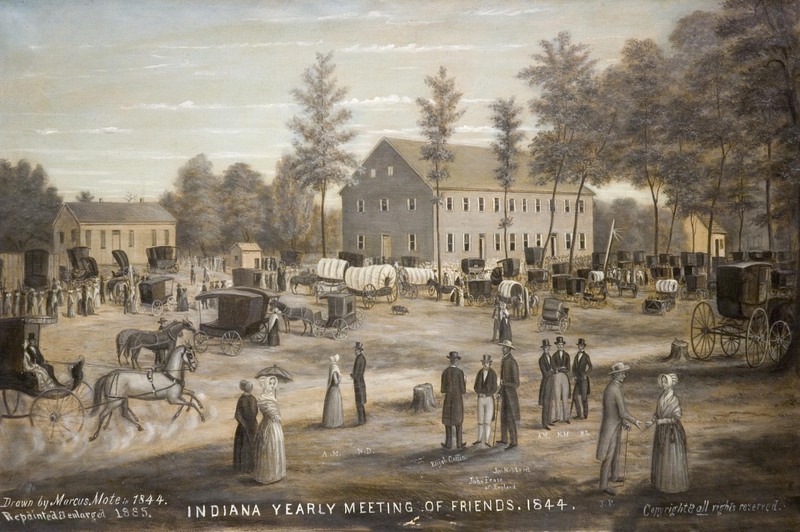