In 1840, Mote produces a simple profile likeness of his aunt. Text scribbled beneath the caricature reads My mother’s youngest sister, Rhoda Dulin wife of William Dulin. Her second husband was Stokes Leonard. She died in Richmond, Ind. Aunt Rhoda Dulin 1840. Another set of text was scribbled across the back reading William Dulin was a dentist died of cholera in Richmond in1849&was buried in the public graveyard South in Richmond, Ind. And when that was given up his bones were scattered over the streets. Despite being about Rhoda’s husband, the script on the back might not have any relation to the portrait of Rhoda on the front. The text is scribbled across the back, upside down and on a slant, suggesting that this portrait was painted on a mere scrap of paper. However it is more likely Mote added the text many years later, to detail events that took place in the lives of his family. Another watercolor produced that year, Unknown Man Standing dated 11-19-1840, is painted on what appears to be a torn paper bag. These two indicate that Mote was so keen on practicing and producing these portraits, and that he would use just about anything he could get his hands on 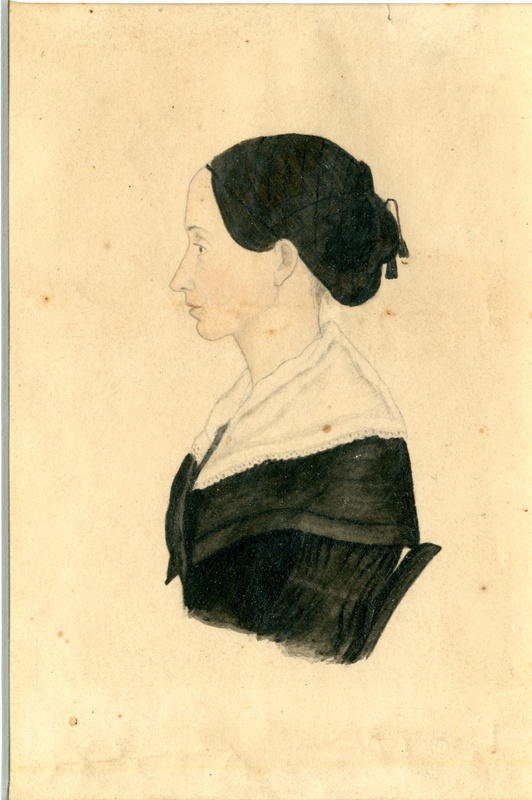 Mote began his career as a professional painter in 1839 after his wedding to a young Quaker Rhoda Steddom. As a portrait artist, Mote worked in a number of mediums: Preliminary sketches done in charcoal were often used as caricature references for later works. He worked in watercolors, both on paper and on ivory, as ivory was used in the production of miniatures. He worked in oils, painting on both canvas and board. He even adapted one technique to incorporate the invention of the daguerreotype, a primitive photograph. In a style Mote referrers to as photo-portraits, he would enlarge a negative, print on glass, and paint over the entire surface with oil paints. This allowed Mote’s already talented eye to create an even more accurate likeness of his sitters. 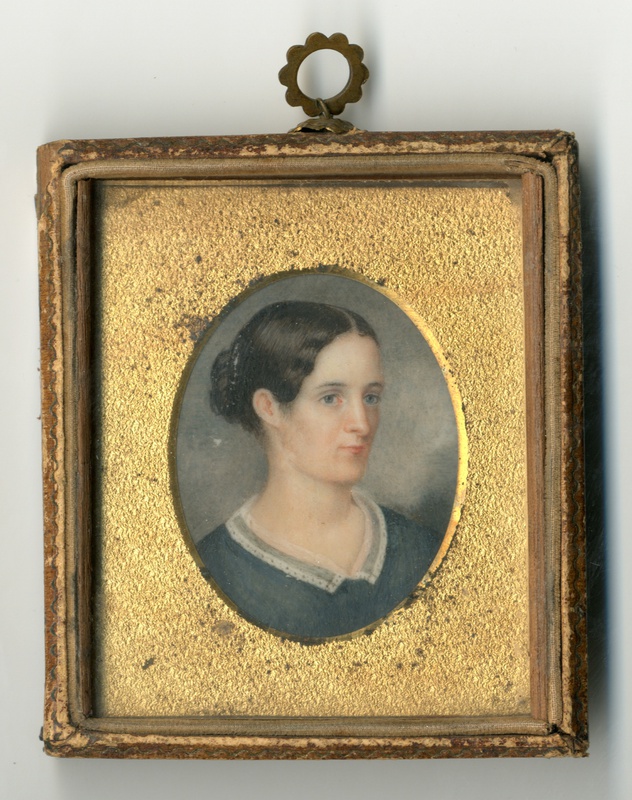