This article gives an account of a Malcolm X commemoration held by the Black Leadership Action Committee (BLAC) from Earlham College. This event is significant because over 125 people from both Earlham and Richmond attended. The presence of Islam at the commemoration was very prevalent with speakers explaining how the views of Malcolm X and the teachings of Islam were directly connected. I presume that the author of this article, Gordon Lewin, is white because he depicts the people at the event as “the other”. At no point does the author associate himself with the people involved in the event. Lewin never advocates for or disagrees with any of the sentiments mentioned within the article, he is completely removed. His writing leads one to believe that he sees this as their speakers, their religion, their leader, and their struggle. The notion that Lewin depicts the participants as “the other” is evidenced in the way he describes the festivities during the commemoration. By mentioning the creative dance performance and the disc jockey Alvin “The Spider Man” Lee, the author attempts to place the event outside white social norms, making the participants seem weird or strange. The reason Lewin writes as he does is most likely a reaction to the overall message of the commemoration. Zafr’s quote of, “Outsiders can’t be friends. Those who are not oppressed can’t be sympathizers” is really reflected in the author’s writing and is why he is so removed from all of the issues surrounding the event. Despite this, I believe Lewin is attempting to fit Malcolm X into the image created of him after his assassination by the media. The article is full of sentiments making Malcolm X seem over radicalized in his views. However, there is nothing in the article that portrays Malcolm as generally hating all whites or as an advocator of violence. In sum, Lewin gives no direct opinions on the event or Malcolm X as a person; he mostly sticks to facts and quotations. Nevertheless, what I found interesting was what was written in between the lines. What the author decides to include in the article and the way he includes it leads one to believe that he is portraying a Malcolm X that is consistent with the fabricated media representation of him made shortly after his death. This article is beneficial because it gives an outside looking in perspective into the Black Muslim Civil Rights Movement. The piece allows us to see what the majority of America thought of this sect and how their lack of understanding lead to the mythicized legacy of Malcolm X after his death. 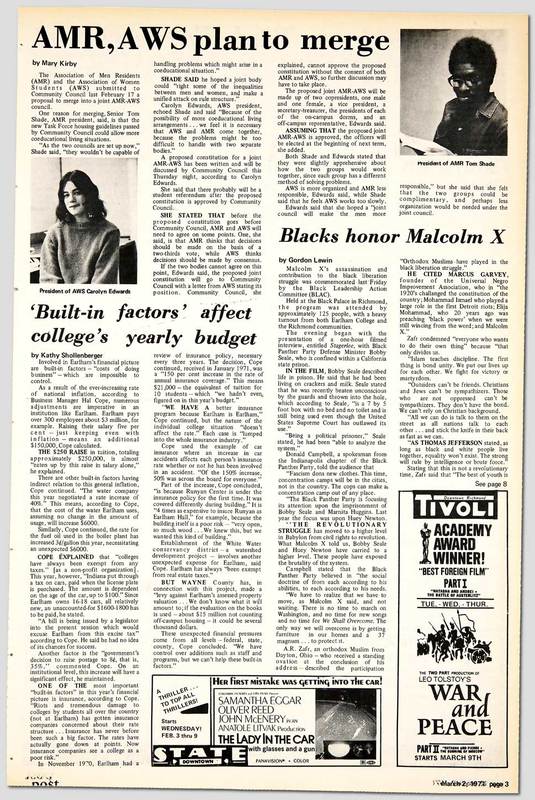 This article written by Tony Webster, an African American student at Earlham, is about the assassination of Malcolm X’s image by the FBI and the American press. As an example, he uses a story about a classmate of his who said that Malcolm was scary and wanted to kill all white people. This false characterization of Malcolm X has survived in our culture for many decades. The author explains how Malcolm X did not hate all white people and wasn’t a large advocate for violence. According to Webster, Malcolm wanted to unify black people from America, Africa, Latin America, and the Caribbean so they could all stand together as one. Furthermore, he explains that Malcolm didn’t want to kill white people, he just believed strongly that black people had to solve black problems and that white intervention into their affairs would be useless, only causing more struggle. Above all, Webster believes that Malcolm X was trying to instill hope into the Black people all around the world. His goals of nationhood, unity, self-determination, and mutual support were very inspiring to the people of the race who, according to Malcolm X, had experienced nothing but hopelessness and despair at the hands of the white man. In conclusion, Webster finishes his article by saying, “If you build a triangle on its peak so you can sit on top of it and eat. Then don’t get fat, because the bottom tip will crumble, leaving you a long ways to fall.” This passage can be interpreted as a message to all people not to get lazy in the fight for racial equality and human rights. The job is not completely finished. If you take the struggle for granted, everything that has been fought for in the past decades of the civil rights struggle will crumble beneath us. This interpretation is in line with the views of Malcolm X who believed that laziness is the enemy and that discipline is the ultimate virtue. Webster uses the Autobiography of Malcolm X and the Political Legacy of Malcolm X by Oba T’Shaka as the main sources for this reflection. This article is useful because it recognizes the myths of the past and present regarding Malcolm X as well as giving a more modern Earlham interpretation of his life and legacy. Furthermore, just as the previous article represents an outside looking in analysis, this article gives us an internal analysis from an author who clearly identifies himself with the views and arguments embodied by Malcolm X. This is beneficial because it allows us to see both sides of the coin in regards to interpretations of his life and legacy. 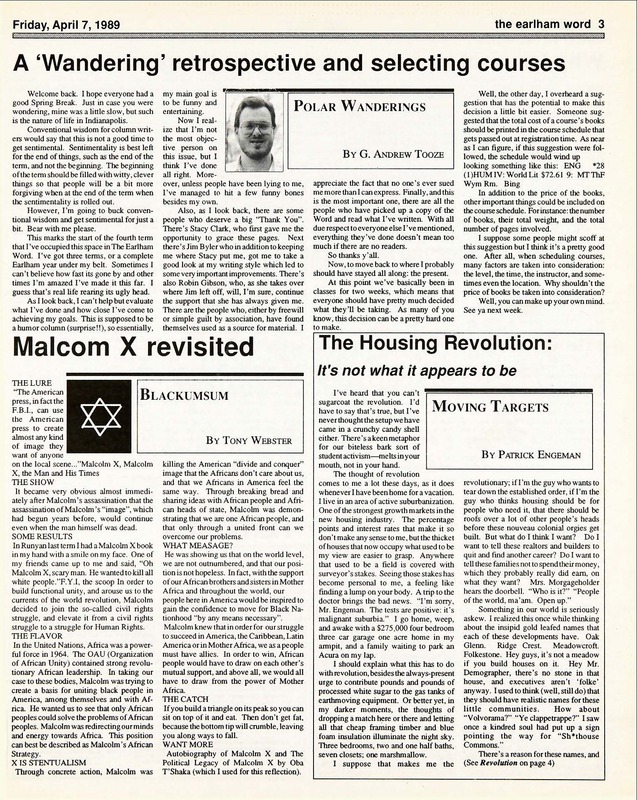