In this age-worn, likely unofficial, newspaper, the Black Leadership Action Committee announces its existence.  The article has no author, and I can only surmise that they wanted to remain anonymous while shouting black pride. It calls for the blacks on campus to come together as a people separate from mainstream groups. If one reads between the lines, this is not a call for integration, but for separatism.  B.L.A.C.  like many black pride organizations believed that black people should unite with eachother instead of the masses that made them feel oppressed. They call attention to all that African Americans have suffered under white supremacy, but insist that there is still a dignity in members of the race. They refuse to be indoctrinated by the white values that have been forced upon them. The article is full of pride announcements, and insists that the Earlham blacks start acting like men instead of “negroes”.  The point is that it is a group of black students announcing, If not telling what methods they will use, that they refuse to be quiet any longer and will start speaking out for their race, while rejecting the imposition of white culture.  It ends with a note that the B.L.A.C. wants to stand for all oppressed peoples.  It is not part of the article, but right after that column, there is a question about the lack of Black professors on campus. 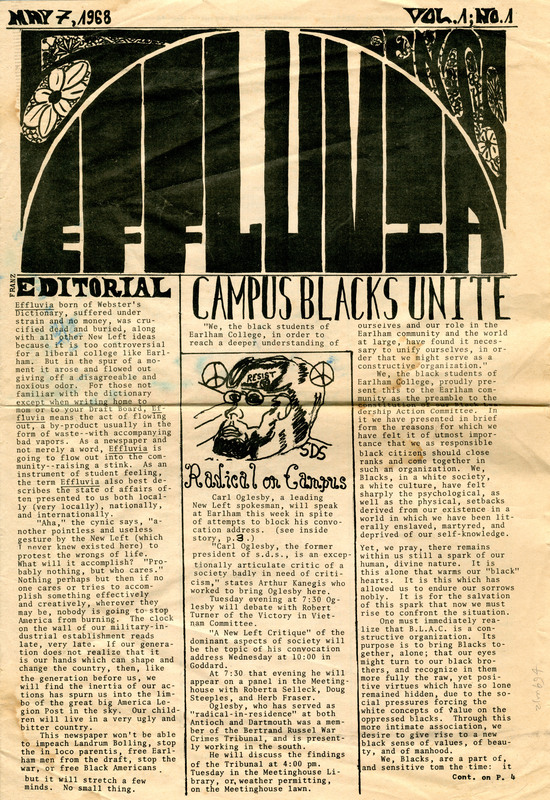