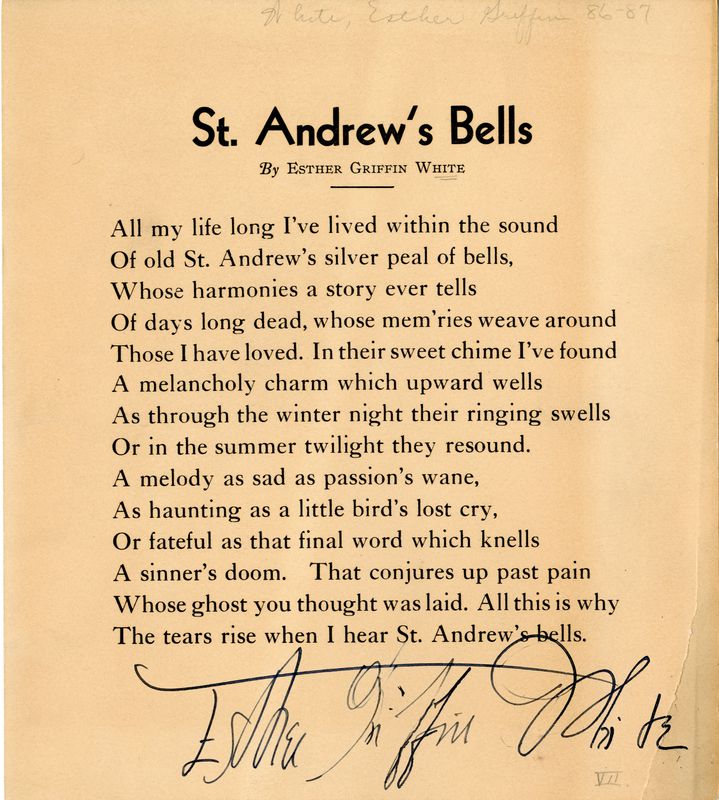 A poem by Esther about a public installation of Richmond, and her emotional connection to it.

"Many people can write verse--and many more try. But few can produce poetry."

With a large amount of her poetry published in both The Little Paper and other newspapers, it should perhaps be no surprise that Ester Griffin White managed to compose an impressive amount of poetry during her life. What might be surprising to some, however, is the tone of some of her poems, and the insights into Esther's life that they provide.

As in her journalistic work, much of Esther's poetry is demonstrative of a dedicated sense of progressive activism. Containing her characteristic derisive humor, these poems mostly covered the topics that Esther also made the frequent subjects of her newspaper articles, including war, corruption, and women’s equality.[1][2][3]

At the same time, however, a large number of Esther's poems dealt with far more personal and emotional topics. While some touch on more positive feelings, such as passionate love[4], just as many if not more express a deep sense of grief and despair: "Not the dim dead but we alive are ghosts, who haunt the earth for days and months and years...Like dreams we pass away and are as brief"[5][6]. It’s likely that these feelings stem from the tragic loss of Esther's family, all of whom died relatively early in her life. Several of her poems make these family members their subjects[7][8], and these and other poems cover similar themes of pain of loss, and the further ache caused by memories of the dead inevitably fading with time.[9] It cannot be certain how affected by grief Esther continued to be as time passed, but the volume and intensity of these sorrowful pieces indicates a fundamental pain that haunted her for years after her tragic losses. Curiously, Esther's pieces about her family would occasionally make appearances in her self-published newspaper The Little Paper.[10]  This might imply that Esther wanted for her family to be memorialized in some way. Or perhaps, in spite of or in part because of its content, she wanted her work to be shared with and appreciated by the public.

It’s unclear, however, how much confidence Esther had in her own artistic merit. Esther wrote almost exclusively in rhyming couplets, and most frequently in sonnets.[11][12] She considered the sonnet to be among the most difficult forms of poetry, however, and expressed her own difficulty with the medium.[13] She even went so far as to say that “poets are born, not made,” neglecting to comment on whether she fell into this special caste of person.[14]

Whatever Esther's feeling towards her own poetry was, her work provides a perspective on her life not available from observation of her journalistic merits alone. While fighting for the causes she believed in, White also had to combat the terrible circumstances thrust upon her. Her poetry provided a way for White to express her feelings on these events, and is thus invaluable in creating a complete understanding of the life of Esther Griffin White. 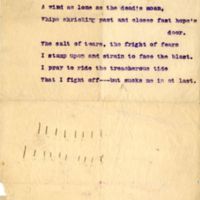 An example of Esther's darker poetry, including themes of loneliness and despair. 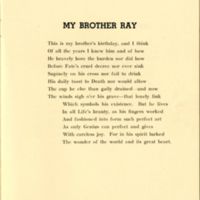 A poem written by Esther about her brother, Raymond, some time after his death.