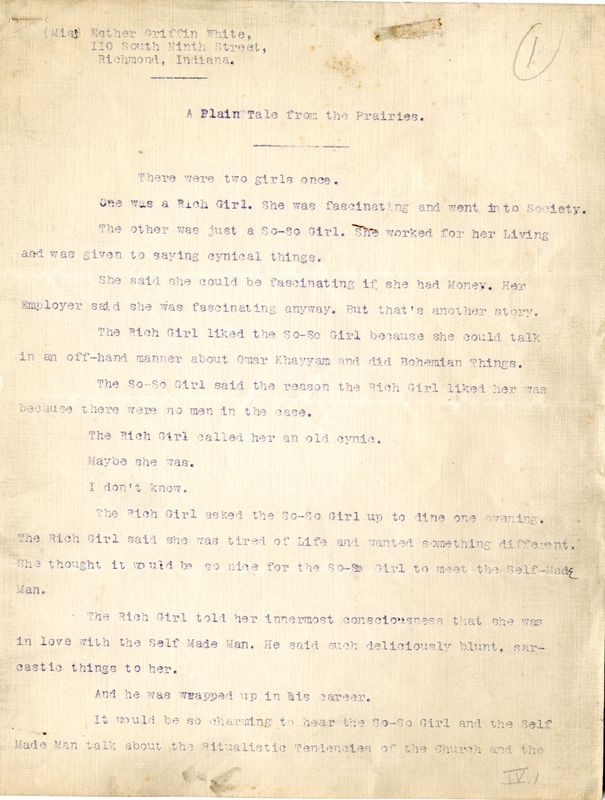 A Plain Tale from the Prairies pg. 1

"Miss White is a trenchant writer when dealing with the corete affairs of human kind, a superb satirist, a light bearer."

The Friends Collection and Earlham College Archives possess a great deal of Esther Griffin White’s personal short stories that she had penned throughout her life. Although these stories are all fictitious, looking into this specific collection reveals a lot about Esther's personal life, as the stories tend to mirror her interests, opinions and daily activities. These stories also show the writing style that Esther frequently used as well as the stylistic tropes she tended to favor.

One example of these stories, titled, A Plain Tale from the Prairies, perfectly encapsulates the themes and stylistic tendencies that Esther displayed in the majority of her short stories. In the story, there are four main characters but none of them possess names.[1] Instead, Esther uses a technique employed in many of her stories, and titles each character after a defining characteristic such as, “The Rich Girl,” “The So-So Girl,” and “The Frivolous Man.”[2] Esther goes to lengths to describe the character's appearances and traits. Esther's stories commonly begin with long, detailed descriptions of the characters and the scenery, which Esther describes with an eloquent, artistic eye, embellishing even the most medial of landscapes.

This specific story of the “Rich Girl” and the “So-So Girl,” as well as many others, incorporates themes from Esther’s life that are prevalent in all of her writings, including both her journal and her newspaper articles. These themes include the ideas of defying the boundaries of social class, romantic male and female interactions, free spirited women and their unconventional choices, being lonely in love, and the preferences men tend to have when picking their female companions. The overarching idea of being a unique woman in a highly structured society comes up frequently in Esther's short stories, causing the reader to gain an understanding of how the author felt about her place in society. Most of White’s female characters possess characteristics that are similar to her own, such as an artistic point of view, a political outlook, unwavering honesty, and a free spirit. Other reoccurring themes in Esther's writing include family gatherings and funerals, showing her strong connection to her family as well as how she felt about the devastating series of deaths that took her family away. Art is regularly mentioned throughout the stories by either a main character who is an artist or an antagonist who does not appreciate the true beauty of art.

There are a few stylistic signatures that White uses within these short stories. As mentioned, often characters will not have names, but be fitted with a descriptive title instead. Reoccurring characters tend to show up in these stories; these characters are Margaret, Maxedon, Edith and “The Cynic.” Esther's stories range from two pages to about twenty pages. Most of them are told from a third-person point of view; however, there are some first person accounts as well. There is one multiple act play in the collection entitled At A Summer Resort. One collection of stories is told through a series of letters between Edith and Margaret. 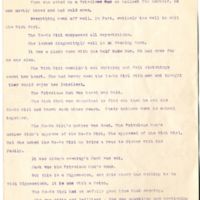 A Plain Tale from the Praries pg. 2 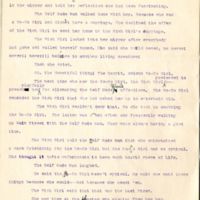 A Plain Tale from the Praries pg. 3 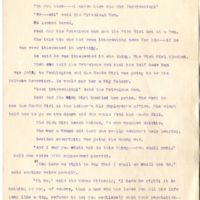 A Plain Tale from the Praries pg. 4 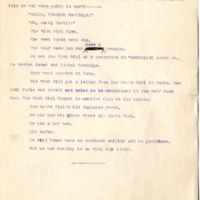 A Plain Tale from the Praries pg. 5