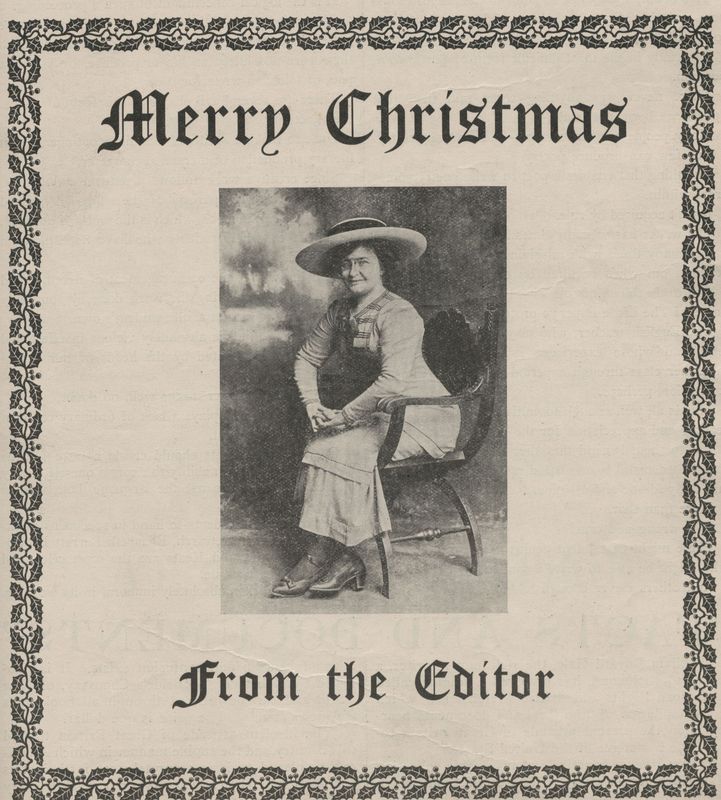 White's annual Christmas edition of the Little Paper in 1915 including a festive portrait.

Throughout Esther Griffin White’s life, most of her time, dedication and income were connected to her extensive writing career. White is well known for being a dominating, female voice in various Richmond publications including The Palladium, The Little Paper (which she created), and various art journals. Apart from her public works, she also wrote poems, short stories and plays, some of which were published in the several newspapers she worked for. Through her writing, Esther gives much of herself to her audience, providing a comprehensive insight to her strong character. Creating the Little Paper, as well as the opinionated pieces she wrote for the Palladium, allowed Esther to share her voice and opinions with the entire Richmond community as well as those readers who are still interested in examining her work today. Fully committed to the cause of journalism and publication, Esther did not cease her writing career until her eyesight literally prevented her from continuing. Due to her intensive commitment to journalism, Esther was posthumously added to the Indiana Journalism Hall of Fame at DePauw University in 1992.