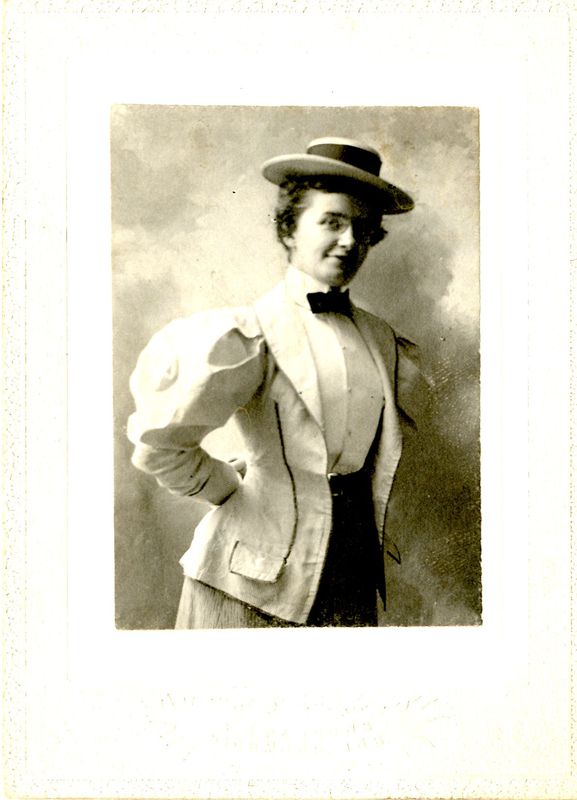 Esther, in her younger years, poses for a picture.

“The subject of clothes is…vast and ramifying and…inexplicably entangled with ethics and the general machinery of living.”

Esther Griffin White’s perceptions of gender norms in the early 1900s are clearly reflected in her views and commentary on fashion and the fashionable (or non-fashionable). The relationship between men, women, and the general clothing industry is represented most in her writings, rather than a substantial focus on the actual styles of the time. Almost all of the information on fashion within this collection comes from newspaper articles rather than personal notes or pictures.

As a writer, Esther was both perfectly poised, as well as content, to comment on basically anything. Oftentimes her focus on fashion was concerned with the ways in which women viewed themselves. In one Palladium Item article which discusses female choices for modes of suicide, Esther remarks that “women’s vanity is dominant to the bitterest end”[2] because women chose to commit suicide in ways which did not disfigure them (i.e. overdoses rather than wrist-cutting). In another article, she comments on the fickle nature of women who “follow fashion blindly,” and, in particular, follow the fashions sanctioned and created by male designers.[3]

Esther's opinions on the male perspective on fashion and women can be understood most strongly in her imagined conversation between various people in her article “Mysterious Psychology of Hair.” In this, a man wonders “why…do women blondine their hair?” which sets off a series of exchanges concerning whether aging women need to change themselves to stay beautiful, the relationship between nature and beauty, and why women change the color of their hair, among other themes.[4] However, her underlying premise of all of these topics was concerned with how men viewed beauty and aging.

Throughout Esther's writing there is a thread of discussion regarding dualism: Women, on one hand, believe that they dress to impress men. However, women really (unconsciously, in a sense) dress to impress other women. She often remarks that women were incredibly cruel to each other in regards to gossiping about fashion.

In contrast, there is writing in Esther’s journal which could be attributed to her possible romantic nature and inner bowing to the same social pressures which she condemned.  On one occasion, Esther remarked that she wanted to go see Ernest Ray O’Neal speak at the traveling Chautauqua fair. However, she had imagined herself wearing a pink dress and a hat trimmed with pink, and when she found she did not have a pretty enough dress for the occasion, she decided not to go. In examining photos of Esther, an untrained eye notes that in her early life, she wore a corset (something which, in 1912, she condemned as restraining, difficult, and obligatory for attracting the male sex).[5]

This article is a supposed conversation between a variety of people discussing women's beauty regimes, aging, and vanity. 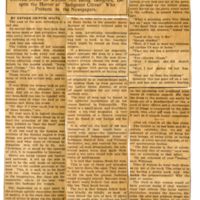 Esther notes a patriarchal fashion industry in this article, which has a distinct focus on the harm of corsets. 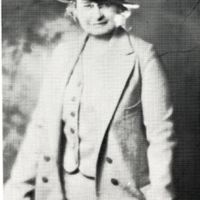 Later in her life, Esther stopped wearing a corset and carried a cane, as seen in this picture. 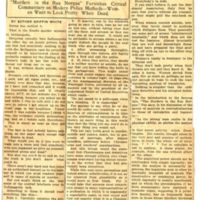 Essther's views on suicide are apparent in this article which condemns women's vanity, which she believes lasts until the very end - and further.