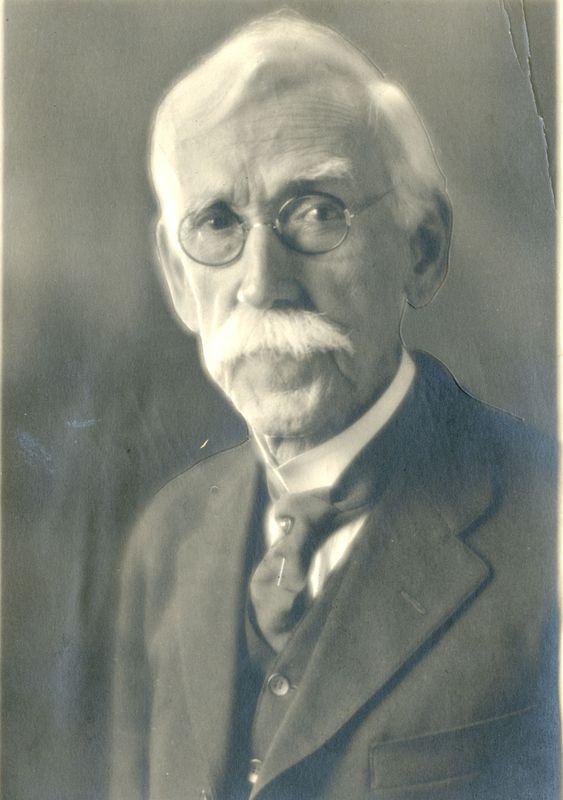 "He painted because there was a call from his innermost nature, a desire to give void to the beauty of his environment."

Ever the champion of local artists, Esther Griffin White often wrote about current events in the art world. One artist she frequently praised was the self-taught painter and Richmond resident John Elwood Bundy (1853-1933). Bundy had a successful career as a portrait and landscape painter, gaining recognition in exhibits at the Corcoran Art Gallery, Richmond’s Morrison Reeve’s Library, the Richmond Art Museum, and numerous Chicago Galleries. With little formal training and an appreciation for natural beauty, many of Bundy’s paintings were of local landscapes.

Bundy was heavily involved in the art community in Richmond. For eight years, from 1888 until 1896, Bundy taught drawing and Painting at Earlham College.[1] In 1891 he published a book of landscape etchings of Earlham’s campus titled “Fond Recollections”. Bundy was also a founding member of the Richmond Sketch Club and Richmond Art Association, of which the latter would eventually become the Richmond Art Museum.[2] Esther and Bundy were both involved in the Richmond Art Association and had contact through letters, social gatherings and various club associations.

Esther wrote about Bundy’s current exhibits, success and latest paintings in many of her writings, including her regluar art columns and in her self-published Little Paper. Esther and Bundy were both raised in Quaker households and had ties to Earlham, and both had a strong love for local nature.[3] J. W. Young, a Chicago art dealer, wrote that Bundy had been,

“…scarcely a hundred miles from his own home, because as he tells me there is so much more beauty therethan he can ever express, he needs go no farther for subjects to inspire him to his work.”[4]

Esther too had pride for her Richmond home; not only did she publish a book on bookplates designed exclusively by  Indiana artists, but she regularly lauded the artistic merit of local artists in her writings. In her only book Indiana Bookplates she dedicated a chapter to John Elwood Bundy.[5] A letter from Bundy in our collection thanks Esther for a copy she left for him in his studio.[6] 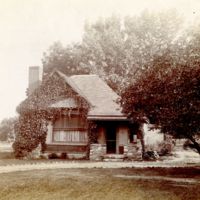 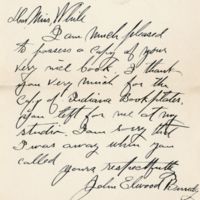