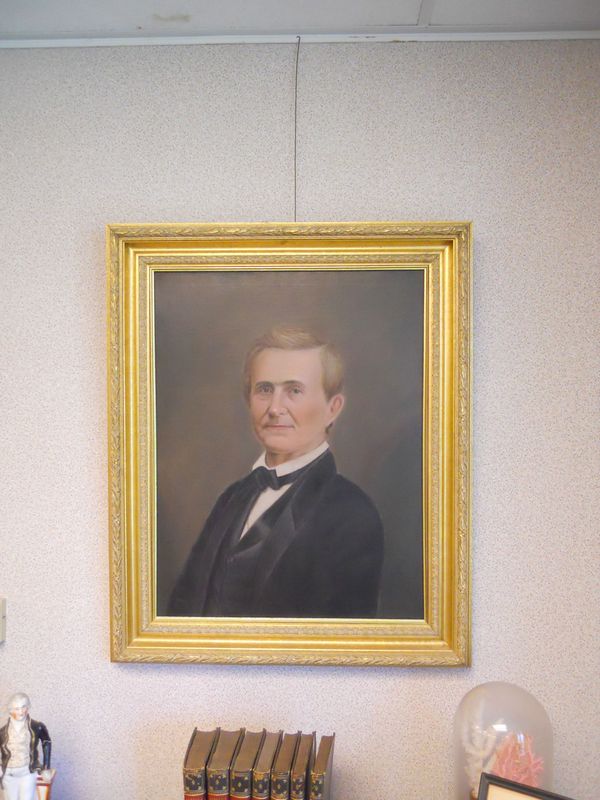 Marcus Mote was not only a 19th century portraitist, but also a dutiful, conservative member of the Society of Friends. Born in 1817, Marcus Mote was said to be an artistic child who drew on the furniture with charcoal from the hearth, and was noted by his mother, Miriam, “to be born with a predisposition for mischief”  (Thornburg 11). Marcus Mote’s career was just blooming in his home of Lebanon, Ohio when he painted the former president of the United States, John Quincy Adams, in 1847. Later, he made the trek from Ohio to Richmond, Indiana in 1864 and established an art studio, and eventually founded an art school for young women as well as fought for the arts to be added to the public education curriculum. At a time when it was highly controversial to partake in an occupation viewed by Quakers as frivolous, Marcus ventured to follow his inner light down an unconventional path. Mote allowed his Quaker faith to reflect in the aesthetics of his portraitures and other works, and used his art as a way to serve God by portraying the world around him honestly, clearly, and faithfully. Marcus Mote directed his hand as an instrument of God to deliver His will by interpreting scripture and capturing the lives and landscapes around him simply through a clear and concise style.